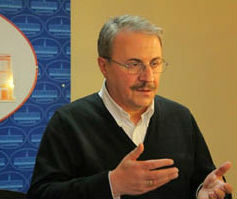 Tbilisi, DFWatch – Seven members of Tbilisi City Assembly, all from the Saakashvili’s United National Movement, were summoned on Friday for interrogation to the investigative body of the Ministry of Finance, a step assumed by the UNM as an intimidation of political opposition in order to gain control of the assembly by the government representing Georgian Dream coalition.

Nobody of these seven abided the summon pointing out that just at 12:00, the time when they should appear before investigators, they attended the session of the Assembly, the move allowed by the Georgian law.

Zaal Samadashvili, chairman of the UNM faction at the assembly which currently holds majority of seats, on Friday held a briefing saying that UNM members are under pressure by the Investigation Service of the Finance Ministry, a body often blamed for political prosecutions of UNM members by Gigi Ugulava, Tbilisi Mayor and Saakashvili’s close ally, and the President himself.

Although several members have left UNM faction since changing power in the country in October, 2012, and turned sides or left politics altogether, National Movement still holds majority of 50 seats at Tbilisi City Assembly, or Sakrebulo in Georgian. As UNM claims these people were under pressure from the government and their decisions used to be compulsory, a claim vehemently denied by the Georgian Dream coalition, a ruling party in the country.

Pavle Kublashvili, MP from the UNM, said on a press-conference at party office on Friday that government tries to interfere into UNM activities. City Assembly every Friday holds traditional sessions to discuss ongoing events and last four months before almost every Friday session members UNM faction have been called for questioning, Kublashvili stated.

UNM appeals to foreign diplomats stationed in Tbilisi and international organizations to ‘protect City Assembly from the government inroad.’

Zaal Samadashvili, Chairman of Tbilisi City Assembly, on Friday decided to raise the issue of his resignation saying that ‘no post worth of threats and persecution.’ However, majority of council members voted for him to stay.

According to the existing law, he could not be replaced for the next three months.

Gigi Ugulava, the Mayor, whose trial for the charges involving money embezzlement is ongoing in Tbilisi city court, accused Bidzina Ivanishvili, Prime Minister for waging a full-scale war against all 26 members of the UNM faction at Sakrebulo.

Although harshly criticized as totally rigged, UNM soundly beat then opposition in the last local elections of 2010 and came out victorious in almost all electoral precincts. However, after crushing defeat in 2012 parliamentary elections many members of the UNM in local authorities left their positions.

According to Georgian Young Lawyers’ Association (GYLA), 46 Gamgebeli, chief local executive authorities, left or forced to leave their positions, while another major NGO, International Society for Fair Elections and Democracy (ISFED), claims up to 1,800 employees from local self-governments have been dismissed since October, mostly members of UNM.

The UNM leaders have often reported that the members of local authorities had to resign due to the threats from police and prosecutor offices. In many districts Gamgebelis and other senior local officials used to be attacked by the crowd. UNM asserts that those attacks have been masterminded by the GD coalition while the latter argues that common people are reluctant to tolerate officials from UNM party any more.