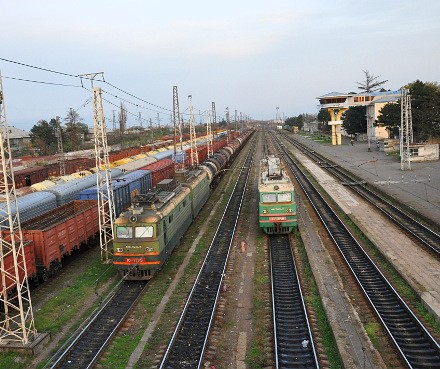 TBILISI, DFWatch–A 63-year-old man died on Thursday after being run over by a train three weeks ago in the south of Georgia.

Zaur Gerliani, who worked as a fitter, had one of his legs run over by a train as he was out repairing tracks in the mining town Kazreti, near Bolnisi, on October 5, the railway workers trade union said.

Gerliani lost a lot of blood before the ambulance arrived and had to have his leg amputated. He died on Thursday.

The trade union sent its condolences to the family of the deceased and called on everyone to join a protest rally on Friday to demand an effective labor inspectorate in Georgia.

The labor inspectorate was abolished President Saakashvili in 2006 due to corruption, but ten years later, Georgia has still not re-established a supervisory body to monitor health and safety conditions in the workplace.

The new government which came to power in 2012 established a labor inspection department at the Health Ministry, but it can only offer recommendations, and inspections can only be carried out after prior invitation.