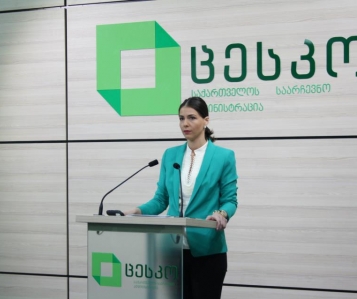 TBILISI, DFWatch–The Central Election Commission (CEC) annonced Saturday that there are 3 537 719 registered voters ahead of the October 27 presidential election in Georgia.

Ekaterine Azarashvili, press spokesperson for CEC, said at a press conference that the number of voters in last year’s parliamentary election was 3 613 851, and the only reason of the difference is that citizens who weren’t living at their registered address were removed from the list. The number of such voters was 98 000.

“The election administration put up notices in appropriate districts with 74 896 citizens, who were removed from the register, which allowed them to check their status,” she said.

9 142 citizens who were removed from the registration, are registered until October 10 and they will vote.

48 458 citizens will have the opportunity to vote abroad at 52 precincts. 45 100 Georgians voted abroad last year.